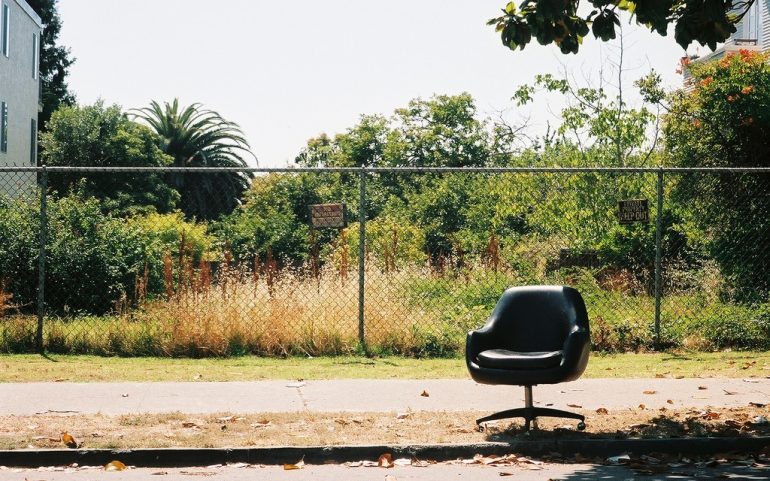 I got fired two days ago

Justin reflects on being fired from his job and what this taught him about Corporate America – and what it means to be happy.

It was the first time ever that I got fired

I got fired two days ago.

It was a slight surprise. I knew it was going to happen, but I didn’t expect for it to happen so soon.

Getting fired was embarrassing. I have never been fired before! Being asked to turn in my key and access card, and that they would pack up and mail me my stuff… Having my big boss escort me to my cubicle to make sure I wouldn’t steal any paperclips… I felt like a slug being salted to death while a cruel child smiled down. I had relocated! I had been there over two years! That had to at least count for something, right?

Getting fired was sad. All those Peewee Longway memes saved on my work computer… gone. I’ll never get those back.

Getting fired was frightening. My wife and two daughters rely on me to pay our bills, and I felt like I had failed them. I’m lucky enough that I will receive my salary and benefits through the end of the month, but the prospect of being unemployed with a family induced a mini-crisis. I’ll be able to find a job in a few days, right? Right?! RIGHT!?!? As my breathing normalized and the initial surrealness wore off on the walk to my car, another emotion washed over me.

I was free. Finally. I should have left this job eight months ago, but I was a coward, dragging my feet because things were awful but manageable. I sat at a computer all day with no creative outlet, just days full of .xlsx attachments and “Hi Team” email greetings. Did I like what I was doing? Not really. Did it pay well enough to make me compromise myself? Yes. It was a decent job that I sometimes excelled at during those rare occasions when I was engaged. For months, I convinced myself that it would get better. My manager, parents, anyone I talked to said the same thing: “Well, of course you aren’t going to be happy, but you just have to do the work!”

Of course you should be happy at work!

What an absurd concept. The thing I spend a majority of my life devoted to isn’t supposed to bring me an iota of joy? It’s not like having a job you hate makes you appreciate your free time more ( *Very Optimistic Tumblr Teen Voice* The bad makes you appreciate the good!) Having a job that eats away at your very core actually sullies your free time more. You realize how little of it you do have and often forsake it. You dread having to go back. It poisons your psyche. I was miserable from 8:30 am to 6:30 pm five days a week, and when I came home the transition from miserable to happy was slow.

I developed a habit of stopping at the gas station by my house to chug one or two Wicked Redd’s Apple Ales (don’t judge me [it’s the best value at 2 for $5 {and 8% Alcohol by volumne}]) to shake the rust off my personality before I walked through the door. I’m not proud to admit this; it’s pathetic. However, I was a nicer, happier person, which in turn made me a “better” husband and father. Do the ends justify the means?

If my despondency was a broken leg, I used alcohol as an ill-fitting crutch I got for a bargain at a garage sale. I got by, but never tried to fix the real issue.

I met with the vice president the week prior to discuss working remotely — I wanted to move back to Greenville, South Carolina, from Columbia, South Carolina, to be closer to family — and my dissatisfaction with my current roles and career path. It did not go well. For every issue I had there were just no real resolutions either in the short or long term. I got frustrated. When my wife inquired how the meeting went I described it as “two people who were dating having an argument and walking away feeling like they broke up but weren’t sure.” Oh yeah, baby! When that premonition hits!!!

What this taught me is that Corporate America gives not one fuck about you. It doesn’t matter how long it’s been there or valuable it is, a cog gets no sympathy or funeral when it falters. It gets replaced. I know the reason I was fired was due to recurring issues regarding lack of communication but they had just given me a 20 percent raise at the beginning of this year for the hard work I put in during the holiday season (our busiest and most lucrative period). They know what I’m capable of, but it’s more about results than morale. I don’t blame them for firing me. My work had suffered, and I had detached. Psych! It’s everyone else’s fault but my own.

I’m not sure what I’ll do next. Do I try to go after another bland Search Engine Marketing job and fall back into the trap? Continue this cycle for the rest of my life? I hope not. Do I try to switch industries? That is certainly an option. Or do I dare to take a risk and sacrifice a bit of money for a bit of fulfillment? That sounds good in theory… but who knows. Maybe I can make something crazy work.

My buddy shared this misquotation with me by Thoreau at lunch hours before I got fired (the quote itself isn’t actually by Thoreau at all, and he really only said the first half of it): “Most men lead lives of quiet desperation and go to the grave with the song still in them.” Even though it’s a bastardized Frankenstein mash-up of a Thoreau sentence and an Oliver Wendell Holmes sentence… it actually has more impact that way. It helped me. Perchance it helps one of you out there.

In the meantime, I’ve got four weeks and a considerable amount of time to devote to churning out content. I no longer have any excuses to not send out pitches and finish aging drafts. The amount of Fire Tweets™ I can get off now that I don’t have to respond to client needs is going to make you vomit in your own lap.

Still, I am looking for a job so if you are a benevolent Internet Person with real world hiring power, here’s my very cute LinkedIn profile. Hit me up. Let’s build. Though, I suppose if you are, and you read this… my chances aren’t very strong.

Justin first published this article on Medium. We’re happy to share it with you here with his kind permission.